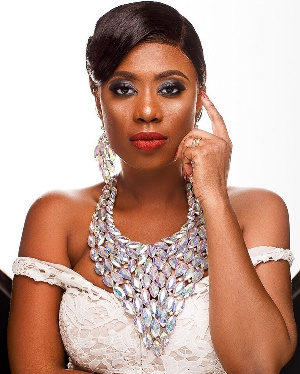 Entertainment critic, Chris Tsormanah has opined Selly Galley went too far in invoking curses on a social media user for describing her as a barren woman.

Speaking on the issue on Rainbow Entertainment, he stated that the celebrated television personality and actress could have ignored the lady.

Actress Selly Galley over the week, broke down in tears after a social media troll called her ugly and a barren woman after sharing a photo of herself with no makeup.

Selly Galley invoked curses on the young lady and her unborn generations for calling her barren. According to Selly Gally, this is the second time the lady in question is throwing insults at her.

The social follower was reacting to a photo Selly posted on social media without make-up, and her response was that the actress was looking like horror and a barren woman.

In her response, she said: “I blocked you on my verified page for a similar comment, today you’re back here with more. I won’t let this slide. For these ignorant words of insults that came out of your mouth to me, seeking to cause me pain and unhappiness for absolutely nothing I’ve done to you or your family…I say to you this Wednesday noon of October 14th, 2020 that you will not live to prosper and be happy.”

“You will have a lifetime of bad luck and depression. Everything you touch, say, or do will bring unexplainable misery to you. Your generation will pass on the curse of infertility, unhappiness, madness, and misery I call upon you this day. May your business go from bad to worse.”

“My Lord did not create me barren or any woman and so may HE make an example of you to show HIS greatness. I DARE THE LORD TO HEAR MY CRY.”

Reacting to this, Chris Tsormanah said Selley Galley should have ignored the lady and not invoked curses on her.

In his view, he was disappointed and felt her job as a journalist should have informed her reaction.

He believes the husband Praye Tietia should have shown her love and not come after the people who are criticizing the wife.

However, Yaw Ben who was also on the show disagreed with his position saying the actress was pained by what the social media follower posted.

He said to call a woman barren is unfortunate and in bad taste.

Meanwhile, Sammi Brown also believes the actress did not act well because she is a public figure and should have been guided by that.

The host DJ Slash in his opinion said he would wish to be a better person in every situation.

He said Selly Galley should have ignored the lady regardless of the pressure she is facing in her marriage or the perceived barrenness.

Aaron Adatsi explains reasons why he became a father

My ‘Maamiyaa’ featuring Medikal was inspired by my ex

‘Maamiyaa’ is my revenge to my ex

I was contracted to plant secret recorders in GHAMRO office